Shri Himmat Singh Maheshwari, Chief Minister of Cooch Behar, after consultation with Mr. Bardoloi at Delhi, came here on a short visit the other day, and Mr. Bardoloi, he and i had many talks regarding Cooch Behar. Mr. Maheshwari was quite definite that if Cooch Behar was merged with West Bengal, it would mean the handing over of six lacs of indigenous Coochbeharis to the tender mercies of the minority of the remaining 40,000 who alone were Bengalis. There has also been some correspondence between Shri Sarat Chandra Bose and the Maharaja, copies of which have been sent to me by His Highness.
The Maharaja’s letter to Mr. Bose shows how strongly he himself feels on the subject and how he favours Assam as against West Bengal. When i was at Cooch Behar, the Maharaja told me how Dr. B.C. Roy referred to the Rajbanshis, as the inhabitants of Cooch Behar are known as aborigines. The Maharaja was very greatly hurt and said to me that he told Dr. Roy that he himself was also a Rajbanshi and thus came in the catagory of of Dr. Roy’s aborigines.
Mr. Bardoloi was greatly excited as we talked and he spoke loudly calling to witness the history of over a thousand years, backed by tradition and legend of a far longer period, showing the close association of Cooch Behar with Assam. I spoke of the anxiety of the Government of India over the refugees’s problem and the refusal of Assam to take them. I also said that there was a hope that if Cooch Behar went to West Bengal, the refugee’s problem may be solved and four lakhs of them may be settled in Cooch Behar. I also spoke of the danger of the communal ratio going against us if Muslims keep coming and Hindus are barred out from Assam as from Cooch Behar. Mr. Maheshwari said that it was idle to expect that Cooch Behar can absorb any Bengal-Hindu refugees at all. He prepared two notes for me while he was here, copies of which i am enclosing.
I should respectfully suggest that the whole matter, in view of the strong feelings that are likely to be aroused, should be very carefully considered, and in all its aspects, de novo. I should go further and venture also to suggest that like Bhopal, Cooch Behar should be a separate central charge neither merging with any province nor forming an Union with other states. In fact, i should go further and say that all the three outlying states of Assam-Cooch Behar, Manipur and Tripura-should likewise have their separate existence under the charge of the Centre. They can not obviously merge in one Union because they are not contiguous; and merging with any province whatsoever will create internal difficulties, because of the nature of the population; and inter-provincial jealousies which will cause unnecessary anxiety to the Government of India. I am making this suggestion for what it may be worth; and shall await some early instructions from you in this behalf.
I am,
With respectful regards,
Yours sincerely,
Sd/
(Sri Prakasa)

Maharaja – H.H King Jagadipendra Narayan, last Koch Rajbanshi king of Cooch Behar state. Maharaja was in favour of Assam to merge. I already told in my previous post/blog that if we read History of Assam, its above 70% (i think) of Cooch Behar / Kamta history. Relation of Assam with Cooch Behar is more than 1000years. Bengali cultured people came only 100years ago for employment at Cooch Behar palace/court.

Dr. Bidhan Roy always tried to blame and given manipulated information to Sardar Vallabhbhai Patel on Hitasadhani Sabha of local people that its a Muslim dominated sabha and trying to merge with East Pakistan. Bengal itself could not retain its east part and how they were paying as advocacy. Its ridiculous. As an aborigine (as per Dr. Roy) my question is whether Hitasadhani sabha did conspiracy or not. Why Cooch Behar had been merged with West Bengal? Why not Assam?

West Bengal government always tried to demolish local Koch Rajbanshi Kamtapuri peoples party, their movement against deprivation and overall their emotions by hook or by crook since 1947.

#Viewers you may follow “Related Posts” on this page regarding my previous posts on Cooch Behar merger. 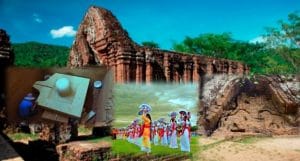 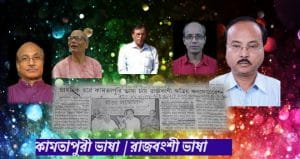 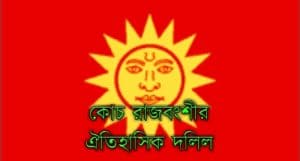 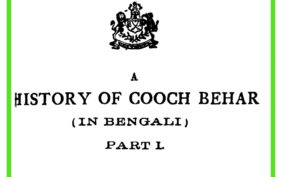 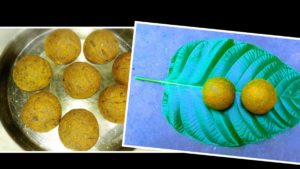 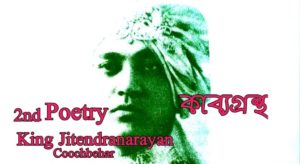 2nd poetry by King Jitendranarayan of Coochbehar state which was published on 4th May, 1917 by J.B., Coochbehar. Hope you will enjoy this antique creation 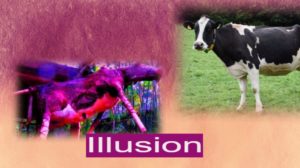 It was a common but curious phenomena in villages earlier. But presently it become extinct. After calving, a milch cow give milk atleast 7-8 months. 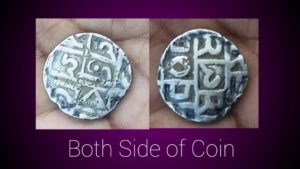 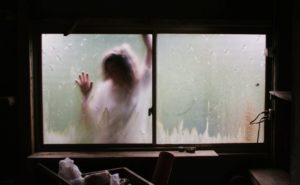 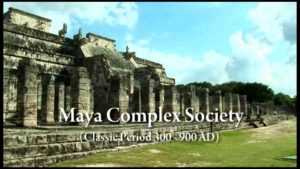 The Maya Civilization are probably the best-known of the classical civilizations of Mesoamerica. The history of Maya starts in the Yucatan around 2600 B.C., Mayan 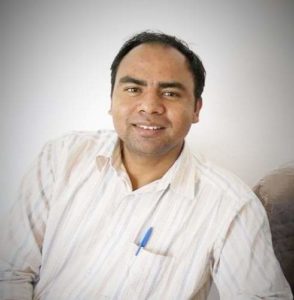